Bitcoin – An Introduction to Bitcoin

Bitcoins – the currency which has been running waves across the world. And why shouldn’t it? It has been a long time since any revolutionary concept has come about in regards to financial transactions. In this article, we will go bit deeper and see what it is all about.

Bitcoin is known as a cryptocurrency, it is just like any normal currency with two main differences – it is completely digital and independent of any central authority. So no government regulated agency has direct intervention in this. But don’t worry, it is all legal!

Where did the name Bitcoin come from? Well, Bit+coins. Bit is a common word taken from computer lingo (Bits and Bytes). Bitcoins where the first cryptocurrency to come into existence in 2009 and since, their value and usage has grown exponentially. As of year 2016, the total value of money supplied into Bitcoins has crossed $2 Billion.

So, how does this currency work? Bitcoin works on a system of peer-to-peer networks in which each transactions get marked by a unique signature from either side. You don’t receive any physical coins or cash in hand when you are dealing completely in Bitcoins. These are in a crude sense numbers on you digital wallet. To receive these numbers you have to solve math problems – no not like in school, but rather a network of computers mine through large amounts of data to solve these math problems all behind the scenes. This requires heavy amount of computing, but none of this is shown to the average bitcoin user. In fact the average bitcoin user is not likely to know all the technical details of how bitcoins work, in the same fashion that the average user of cash has little knowledge of the technical aspects of the banking system. But you may not be the average user, so lets dig a bit more.

Bitcoin mining is the process of creating Bitcoins. In a general sense, Bitcoins are not created but discovered out. In an comparable fashion consider a currency coin embedded in an ice block. In order to get the coin, one must have to first discover the block and then break the block piece by piece until one reaches the coin. Now replace the coin currency with Bitcoin and the ice block by mathematical functions. These functions are to be solved or decoded in order to reach the coins. Now in technical terms it is a process of running SHA 256 double round hash verification process in order to secure and validate each transaction.

You may be wondering, what’s the competing factor? Doing the above computations requires a good amount of hardware and electricity. In recent past, it was possible to do the bitcoin mining with your computer CPU or high speed video processor card. Since this scenario has changed and much faster systems have come to dominate the industry. So, anything less than that, will consume more electric energy than one would earn from it. The entire Bitcoin network compensates the miners for their efforts directly proportional to the computational power contributed. 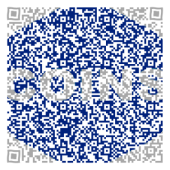 We are a community of Cryptocurrency Enthusiasts, Traders, Investors and Long-term Hodlers, here to educate and bring people together for the betterment of the crypto community.