“Komodo is a cryptocurrency that is trying to achieve a lot of things, but if we had to define its main characteristic we would say it fits the privacy coins category, even if it’s much more than that….”

Komodo is a cryptocurrency that is trying to achieve a lot of things, but if we had to define its main characteristic we would say it fits the privacy coins category, even if it’s much more than that.

The privacy in Komodo is achieved through a delayed proof of work, which is reality is nothing more than a second layer of security that is added to the blockchain, adding to already existing security from the miners in the first layer.

Apart from this security and privacy side, Komodo is also a platform, and as such it’s possible to have ICOs in it. There is a twist here though, as the assets launched on the Komodo platform are independent, meaning they have an independent blockchain from the Komodo parent chain.

Furthermore, in terms of programming, it’s easy for any developer to work with Komodo, as any programming language can be worked on the platform, something that doesn’t happen with Ethereum. Any project built on Komodo will, therefore, enjoy the features of the platform: privacy, decentralized exchanging and funding, and micropayment channels, among others.

Precisely in this sense, Komodo has BarterDEX, its own decentralized exchange. Another plus this crypto has is the possibility of earning 5% passive income, just by holding the KMD tokens in the Agama wallet.

Peerchains means nothing right? It’s the name the Komodo team gave to their scalability solution. This means that Komodo has the capacity to connect different blockchains and perform atomic swaps. I’d say this is the strongest advantage Komodo has, as atomic swaps are the future of mainstream exchanging, in opposition to centralized exchanges.

Sounds perfect so far, but Komodo has some down sides as well, namely their marketing. Even if some might say this doesn’t affect the product, it does affect its adoption, as one can’t use what we don’t know.

This becomes more important considering that there are other privacy coins (big names like Monero, Zcash or even Verge) out there fighting for that market share, and if KMD cannot explain what they do, they will be left behind. At the same time, also BarterDEX has strong competition, namely from Etherdelta, Bitshares, WAVES, and many others.

No question that Komodo has the potential to be one of the top coins, and their currently relatively low market cap can really make it move forward, if the market does get what Komodo is all about. They have revolutionary and superior technology, they have the ideas, and the fact that they hired a marketing team says much about their willingness to solve the existing issues.

This is a brief introduction to Komodo, but if you want to know more about the coin, what people are saying about it, technical details, jump right in any of the links we present below. They are well worth reading before investing! 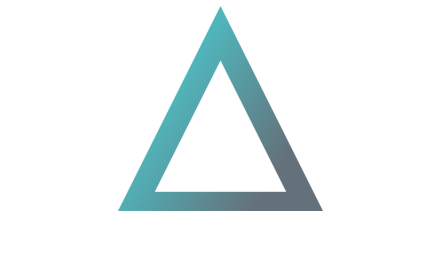